In this article, we’re going to talk about WSGI, Gunicorn, and Nginx. We will discuss why you need these things, and how they work together with Django.

Here’s the video if you prefer watching over reading:

The article will help you understand the process of deploying Django application better and I hope that at the end of it, you will understand what the heck is WSGI because for me, personally, wsgi.py file was some kind of magic. I didn’t understand why does this even exist.

I was thinking about how to explain these things to you, and I think that the best way will be to show an example. So, let’s create a simple Django server and host it on DigitalOcean.

When you successfully created and connected to your DigitalOcean droplet through SSH, the first thing that we need to do is to install python dependencies. We only need Django and Gunicorn:

Now we can create a Django project:

What we usually do after we create a Django project is we type python manage.py runserver in the terminal. Runserver management command is a command that built into Django and the purpose of this command is to run a development server. This server is only suitable for development, not production. And if you open Django documentation, you will see that it warns you to never use this on production (https://docs.djangoproject.com/en/dev/ref/django-admin/#runserver).

Gunicorn is a library that is battle-tested, it’s reliable and it’s also scalable. You can scale it by creating multiple workers of different types.

As for the WSGI itself, the way it works is if we want to create a WSGI compatible python application ourselves, we need to define a callable object that takes two arguments and this callable object should return an iterable of strings.

Here’s the most basic example of WSGI compatible script in python:

And if we open the page now, we should see Hello World text:

As for the arguments of the function. The first argument is environ. It’s a dictionary that has different information about the request that the browser sent to the server.

Gunicorn gets the request, it populates the dictionary, and when it calls the function process_http_request, it passes this dictionary as a parameter.

As for the second argument, start_response. It’s a function that we need to call when we want to send a status code and headers of the response.

Now, let’s get back to Django. Django has wsgi.py file that is generated automatically when we create a Django project. And if we open this file, we will see that Django calls get_wsgi_application function:

Right now we’re running a WSGI server on port 8000. But, that’s not everything that we need to run. We’re not finished yet. Just Gunicorn and Django are not enough. We also need a web server like Nginx.

Nginx server is going to interface with the outside world. Basically, all the requests that the browser sends will be handled and processed by Nginx.

Here’s how Nginx, Gunicorn, and Django work together. If the browser wants dynamically generated content like an HTML page, then, in that case, Nginx will pass the request to Gunicorn and Django because Django is responsible for generating HTML pages. And, when the job is done, when Django generated a page, Gunicorn will send this HTML page to Nginx, and Nginx will send this page back to the browser.

And that’s basically the flow. Now let’s try to quickly install Nginx and run a web server. Here’s the command to install Nginx:

After installing Nginx, we need to configure our firewall. Basically, we need to allow incoming traffic on port 80 and port 443 if we wanna set up HTTPS. Since we don’t need HTTPS, let’s just open port 80:

The only thing left is to restart Nginx:

That’s everything I wanted to discuss today. When I started writing this article, I was thinking about explaining the whole life cycle of Django, but, as you can see, just explaining WSGI, Gunicorn, Nginx took quite a lot of time. 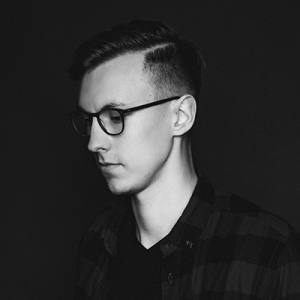